How to coach your novice teammate in competition 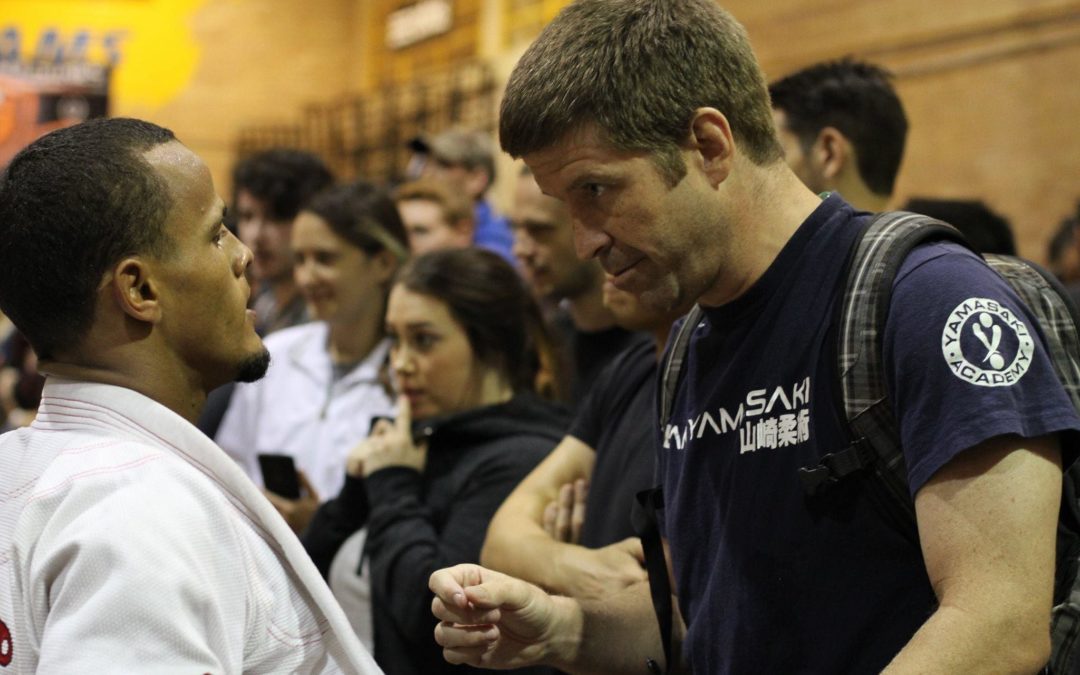 So your coach can’t be in two places at the same time, and your white (or blue) belt teammate needs a corner. You’re up! But what do you do?

Here are some pointers to get you through:

1) One coach per athlete. No one can make sense of five friends shouting five different instructions out. It’s stressful and, frankly, counter-productive. Pick one person to call out to the athlete – everyone else either speaks to that one person, or keeps quiet.

2) Relax. Tournaments are stressful enough without you freaking your athlete out. And most novice competitors spend too much, rather than not enough, energy during a match. Your screaming and carrying on is only going to make it worse. By all means, yell loud enough to be heard, but be calm, and remind your athlete to breathe and relax when appropriate.

3) Coach to your athlete’s skills, don’t try to teach her new ones in a match. Your novice friend has a limited repertoire, and due to the stress of competition, she’s unlikely to be able to apply even part of that repertoire in her first few competitions. Walking her through a five-move sequence is less than useless – it’s stressful and counter-productive.

4) Focus on strategy, not moves. If your athlete is up 9 points with two minutes left, now may not be the time to give up a control position for the flashy finish. Now’s when you want to be telling her to relax and keep position. On the other side, if your athlete is down two points with a minute left, does it really matter if they get submitted or lose by points? I would say no. Your losing athlete needs to take risks that a winning athlete doesn’t.

5) Be positive. Your athlete is not going to win the adult black belt world championship anytime soon. So remember the point of competition: to challenge ourselves, test our skills and gain experience. Nobody needs you losing your mind because your athlete isn’t doing things exactly the way you want them to. It’s not life or death — get over yourself and focus on positive reinforcement.

6) One or two things only. Have you ever paid attention to the corner between rounds in MMA or boxing? There are a hundred things going on in a round, and likely as many improvements that can be made. But successful corners rarely if ever deal with more than two items between rounds. Why? Because three is likely too many and four almost certainly is. Don’t overcoach.

7) Between matches is for getting the heart rate down, but make sure your athlete stays warm. The sooner your athlete gets her heart rate down, the more time they have to recover for the next match, so once again, be calm and don’t stress them out. On the other hand, don’t let them come down to a complete rest. Once your body realizes the stress is over, you’re likely to crash – getting back ‘up’ can be difficult. My athletes keep a sweat going between matches, and so should yours.

Competitions are a valuable tool in an athlete’s progression but bear in mind that fully half of all competitors lose their first match of the day, and in most tournaments that means the end of that competition for them. But there are still valuable lessons to be learned in that match, and it’s on you as the corner to highlight them and focus on the positive.

Or, you could rub salt in the wound by pointing out all the things they did wrong and didn’t listen to you about. Don’t be that guy.